We, the undersigned Civil Society Organisations (CSOs) and individuals, condemn the unlawful detention of Simon Adavize Momoh and urge the Government of Malaysia to immediately release him from the Semenyih Detention Centre.

Simon, who was arrested on March 15 on suspicion of drink-driving, has since been in detention despite paying the RM12,000 fine and serving the symbolic one-day prison sentence upon pleading guilty in court. Simon’s lawyers and family have not been allowed contact with Simon since the court hearing on March 15. No reasons have been given for his detention.

The Habeas corpus petition affirmed by Simon’s wife was filed on April 1 while the sealed copy was received on April 7. The petition was heard in the Shah Alam High Court on April 9, however, upon the request of the Attorney General’s Chambers, the hearing was postponed to April 15 to allow for a response to the petition. This postponement will lead to 32-day unlawful detention despite Simon possessing a long-term spouse visa valid until October 14, 2022. Due to the restriction in the long-term spouse visa that prohibits employment, Simon is a stay-at-home dad for their two children, aged five and eight, while his wife, Kar Hui, is their sole income earner. Almost nearing a month of Simon’s unwarranted detention, it is emotionally taxing on Kar Hui to simultaneously work and care for their children alone. Simon’s long absence will also have trauma implications on their daughters’ well-being.

Articles 3, 5 and 9 of the Universal Declaration of Human Rights provide safeguards in case of detention, with Article 9 stipulating “no one shall be subject to arbitrary arrest, detention or exile”. Article 5 of the Malaysian Federal Constitution guarantees the right to liberty of a person and also states that a person arrested should be informed of the grounds of arrest and allowed to access legal counsel, both of which have not been granted to Simon. This is a gross violation of his rights and the safeguards afforded to him under the law.

It is deeply concerning that despite holding a valid visa, Simon can still be detained for a prolonged period without cause and is being deprived of his fundamental liberties, although the fine for an unrelated offence has been paid in full and the sentence served. Currently, under the COVID-19 movement restrictions, many foreign spouses are not even able to access immigration services as online appointments are competitive with slots being available only three months from now. It is extremely worrying to imagine that an expired visa in these circumstances can result in even harsher, disproportionate outcomes.

While the COVID-19 pandemic rages, spouses who are required to apply for the Spouse Visa (when their student pass ends or they move from a work permit due to loss of employment) continue to be told to leave the country by the Immigration authorities. The Immigration Department persists in denying spouses entry into the country although an announcement was made on 20 November 2020 that spouses would be permitted entry via the My Travel Pass. Malaysian bi-national families continue to experience state-enforced family separation causing severe emotional and economic hardship.

Since Malaysia seeks a seat on the Human Rights Council, these infringements of human rights on the individual and family are pertinent. The rule of law mandates that personal liberties are safeguarded and protected against arbitrary measures. Massive uncertainty is created when a valid visa can still result in detention and possible deportation despite having a person serve the full sentence in a non-immigration related matter. Therefore, we strongly urge the Malaysian Government to uphold the rule of law and release Simon from detention immediately.

Initiated by Family Frontiers, this statement is endorsed by a total of 23 civil society organisations and 19 individuals: 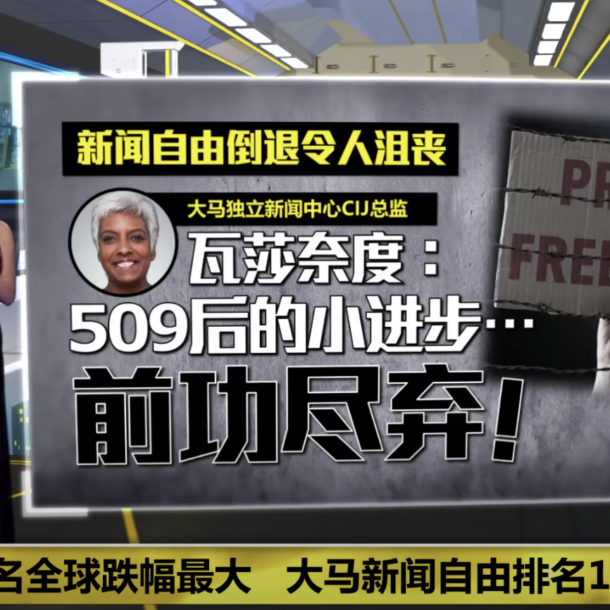