CSOs stand in solidarity with Al Jazeera and for media freedom

We, the undersigned civil society organisations (CSOs) and individuals, are alarmed by actions taken by the Malaysian government following the release of a documentary on 3 July by Al Jazeera that reported on Malaysia’s treatment of undocumented migrants during the COVID-19 pandemic. Government ministers, heads of government agencies and the police have come out strongly against “Locked Up In Malaysia’s Lockdown“, with investigations being opened under Section 4(1) of the Sedition Act, Section 500 of the Penal Code and Section 233 of the Communications and Multimedia Act. Besides that, the Immigration Department has since threatened to revoke the passes of foreign nationals who make “inaccurate statements” and which are “aimed at damaging Malaysia’s image”.

It is deeply concerning that the immediate reaction by the authorities upon screening of the documentary was to initiate police investigation against Al Jazeera on their alleged unfavourable reporting, rather than adopting measures aimed at providing the public with an explanation or calling for an internal investigation into potential mismanagement of power or accountability. A credible action by the government when such news is released is to hold a press conference and provide a legitimate and reasonable counter or explanation in order to avoid being seen as benefiting from the whole government machinery for political ends.

We are seeing a spike in hate speech and threats of violence and harassment against foreign workers, exacerbated further after one interviewee in the Al Jazeera documentary was outed on social media for comments he made in the documentary. His personal information, such as his purported phone number and Facebook account, has gone viral online, with a litany of hate comments and derogatory language directed at him. To make matters worse, the Immigration Department yesterday released the individual’s name, passport number and last known address. We fear that this could turn into a witch hunt and place not just this individual but other migrant workers in fear of their security and possible harm.

The government should not be complicit in human rights abuses against migrant workers, such as doxxing and threats, by promoting hatred or discrimination in their messaging. We worry that statements by Malaysian officials in recent days could further heighten tensions and incite violence and discrimination against migrants, specifically undocumented workers in the country, besides completely undermining the need for critical media reporting and exercise of freedom of expression.

We stand in solidarity with Al Jazeera and strongly condemn efforts by the State to intimidate and threaten media freedom and independence in Malaysia, instances of which have been systematic and heightened since the change of government this year and includes investigations and charges using various laws levied against journalist Tashny Sukumaran, former radio deejay Patrick Teoh and CodeBlue Editor-In-Chief Boo Su-Lyn, among others. We remind the State and its leaders that media freedom and freedom of expression and speech underpins the fundamental right to seek and exchange ideas, opinions and information that would enable the public to form their own opinions and allow for dissenting or alternative positions, specifically on issues of public interest. This would, ultimately, aid in the promotion of good governance and in holding the State and its officials to higher account, which is, no doubt, what is expected of a democratic State.

We call on the Perikatan Nasional government to end and refrain from the continued use of intimidating measures to threaten and punish the media and silence critical voices. To this end, we urge the government to:

It is more paramount for the current regime to create an enabling environment that would support free media and focus on sustaining the credibility of the State in the eyes of the public; rather than reinforce the increasing measures to silence dissent or opinions that places the ruling regime in an unfavourable light.

Issued by the Centre for Independent Journalism (CIJ) Malaysia

Endorsed by the following CSOs:

Endorsed by the following individuals:

[…] groups and 17 individuals have signed a statement expressing support for Al Jazeera. They also criticized officials for exposing the Bangladeshi worker to potential […] 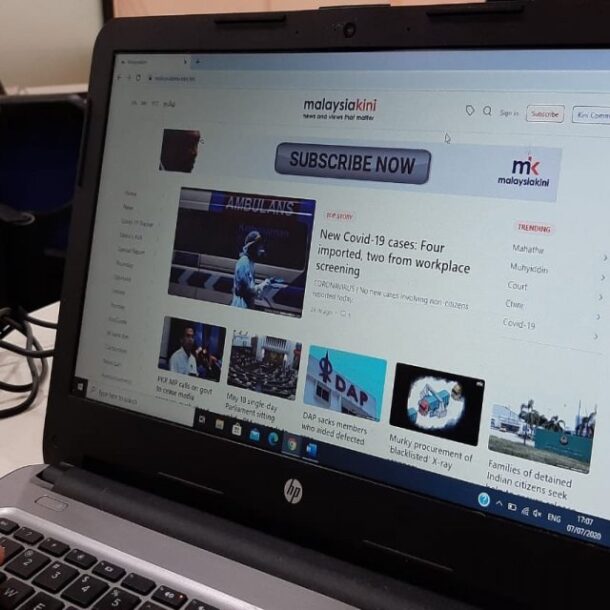